25 members attended the AGM and enjoyed a great dinner on 13th February.

You can read the minutes at Minutes of AGM 2020

After the AGM the presentations were as follows. 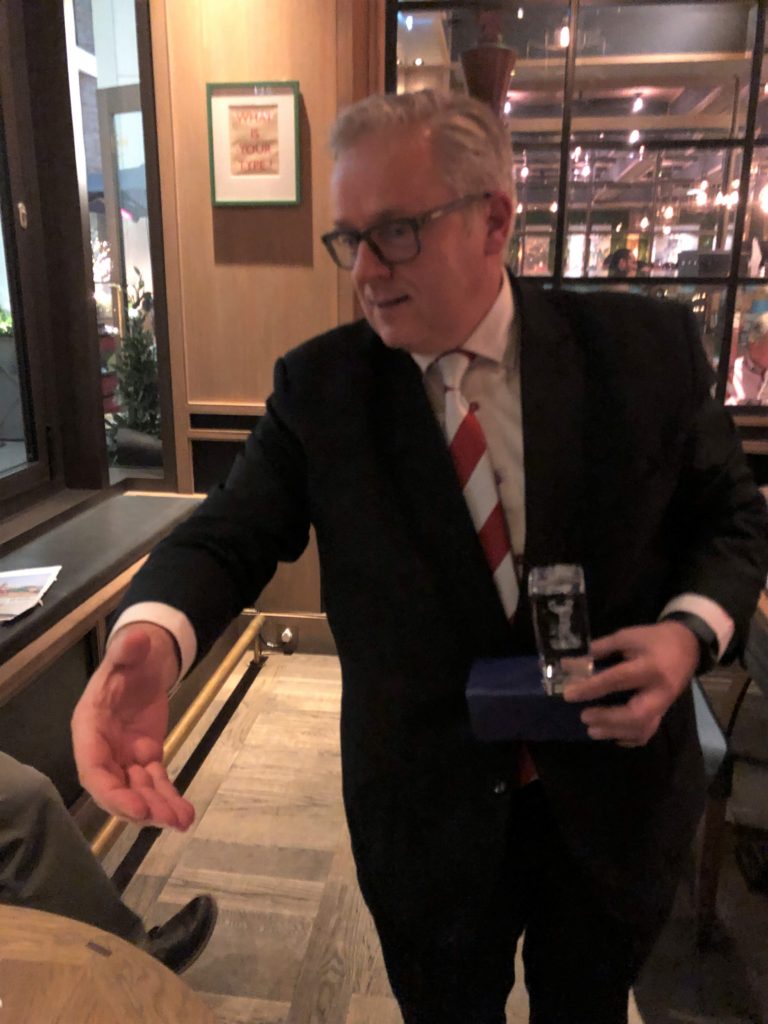 Captain Neil Blundy presents trophies to Digby Hebbard – “Player of the Year” and Rob Seeley – “Jubilee Cup Winner for the 2019 Tour to La Cala”.  Also unavailable on the night  Michael Trott winner of the “Autumn Cup” on 40 points. All proved difficult to see in the picture!!! 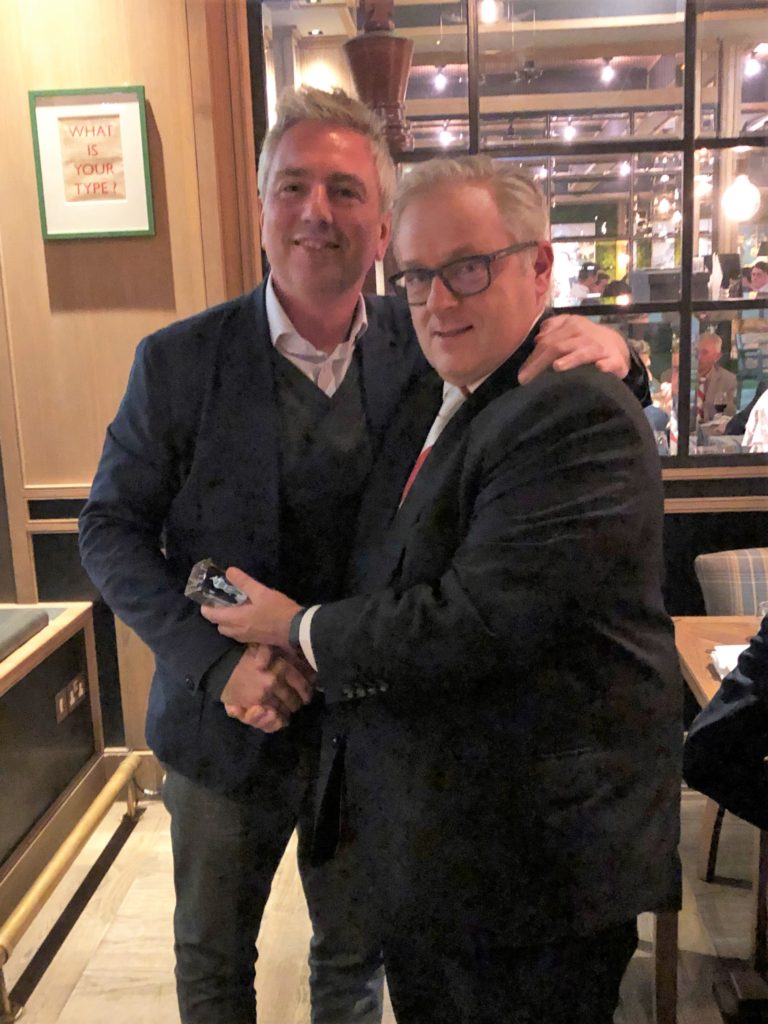 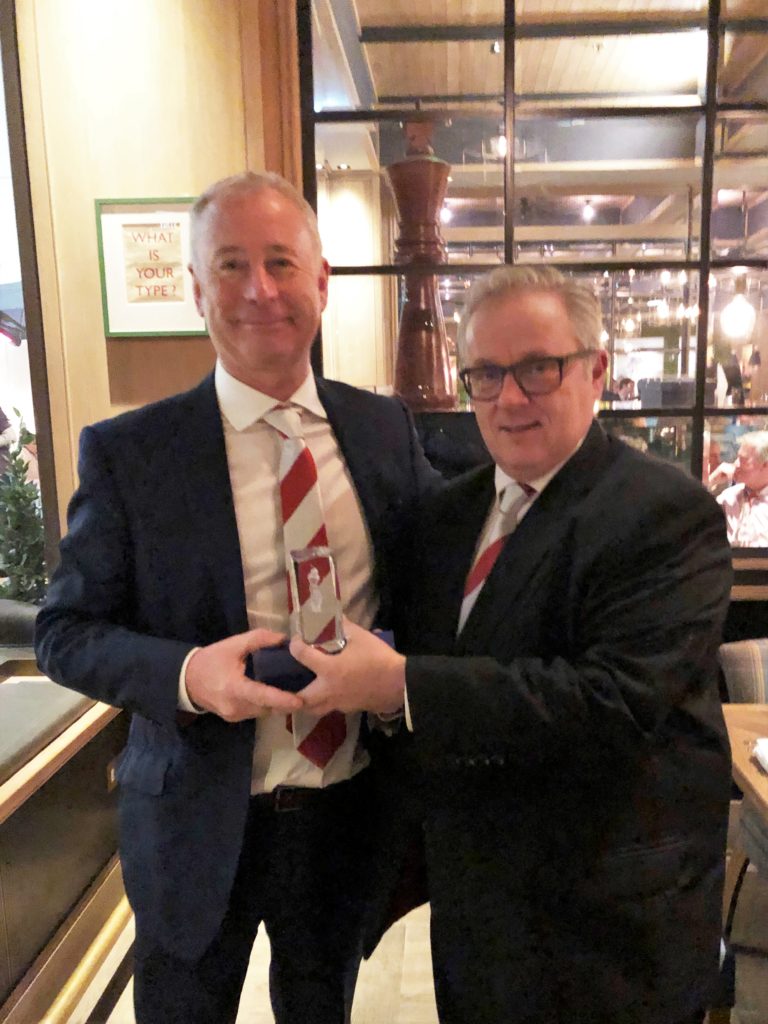 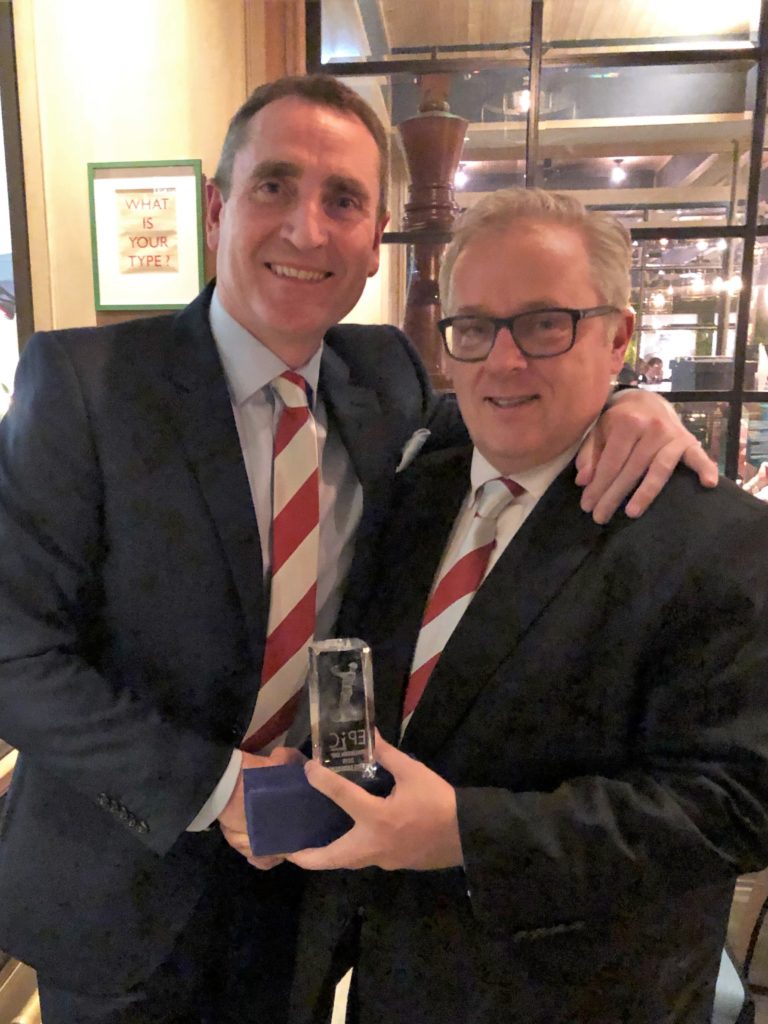 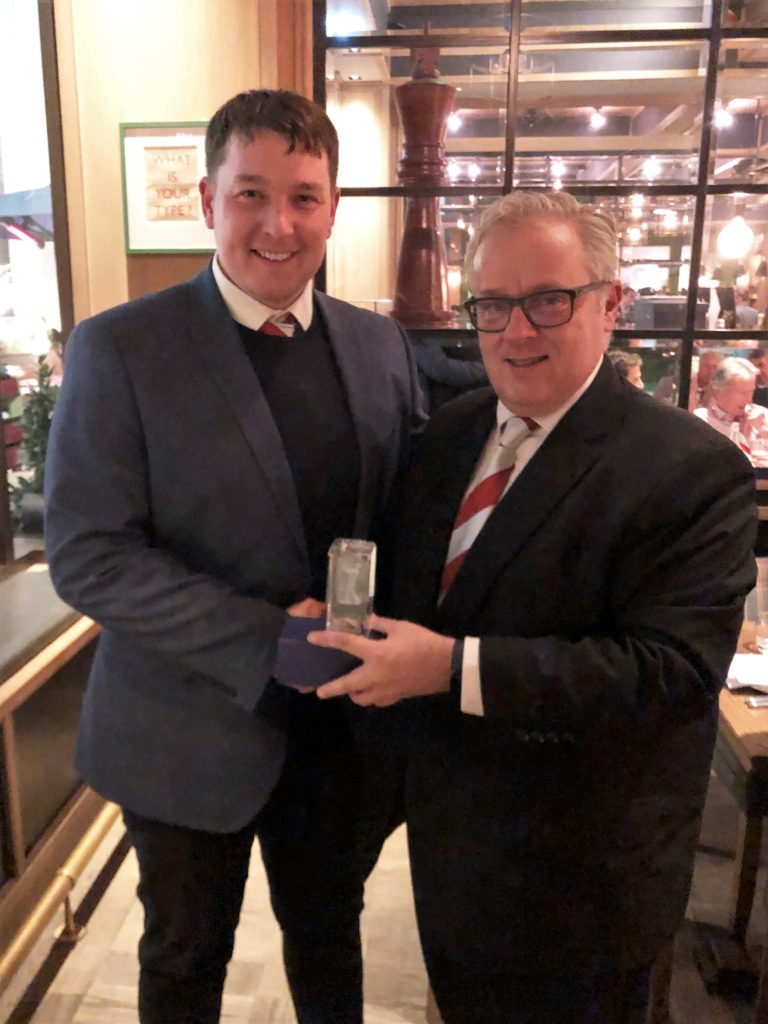 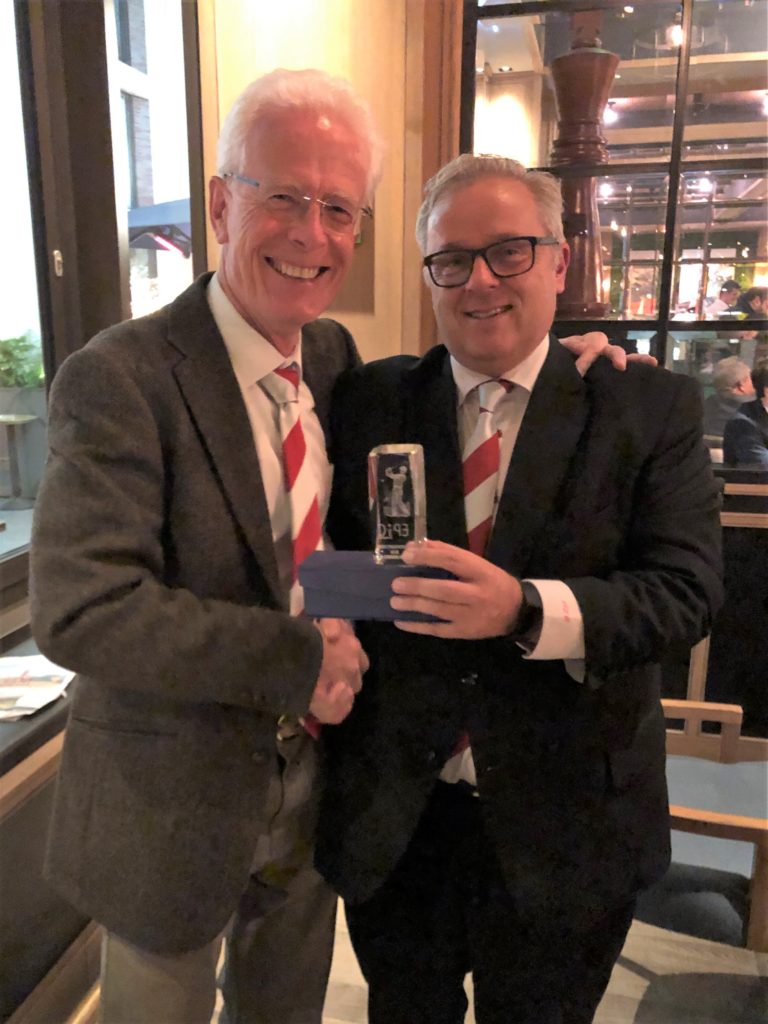 Neil Meixner won the Recessionary Bowl for the second year in a row with 35 points mainly because he was the only member who bothered to turn up!! Not true quite there were 6 others!! 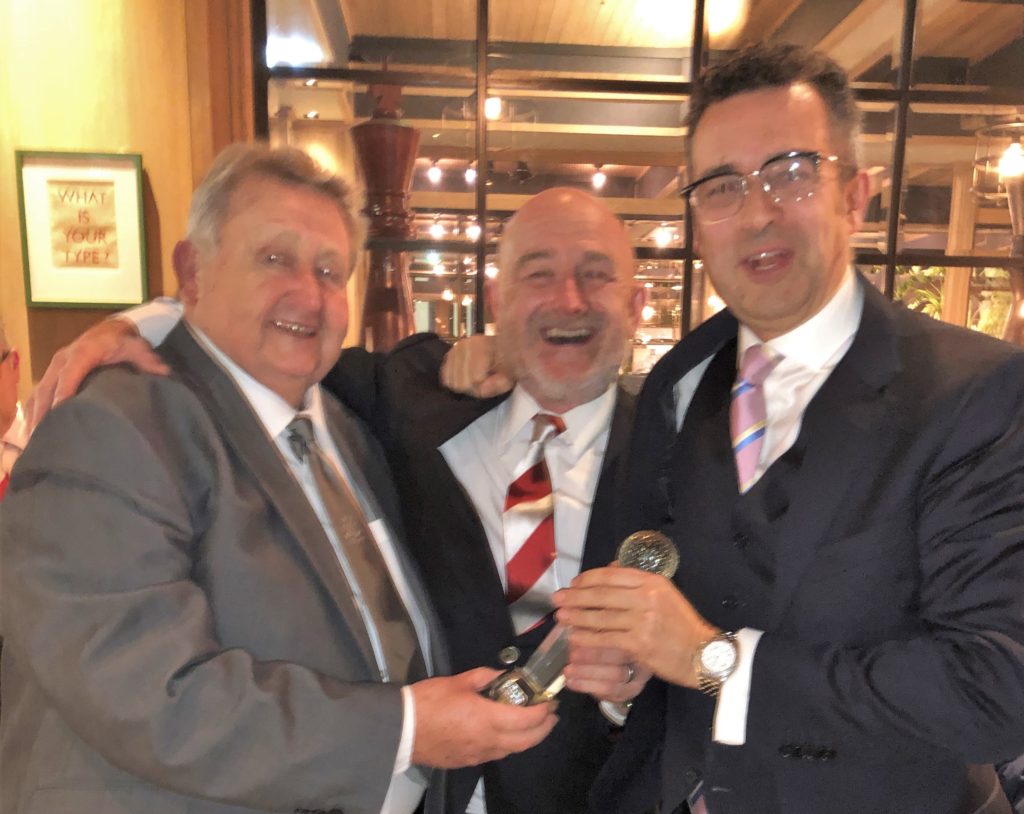