9 valiant EPIC players took on the might of the BAGS again this year at the magnificent Thorndon Park near Brentwood.

Captain Neil Blundy lead from the front playing magnificently to secure a half. Rob Seeley narrowly lost to two BAGS members on the 17th. David Wannerton and Charles Gjertson were triumphant, Michael Trott and Jason Wood fought to a gallant half whilst  David Jenkins and Iain Stevenson fought the good fight but finally succumbed.

After play we sat down to a magnificent meal and great service from the team at Thorndon Golf Club . Many thanks to them!! 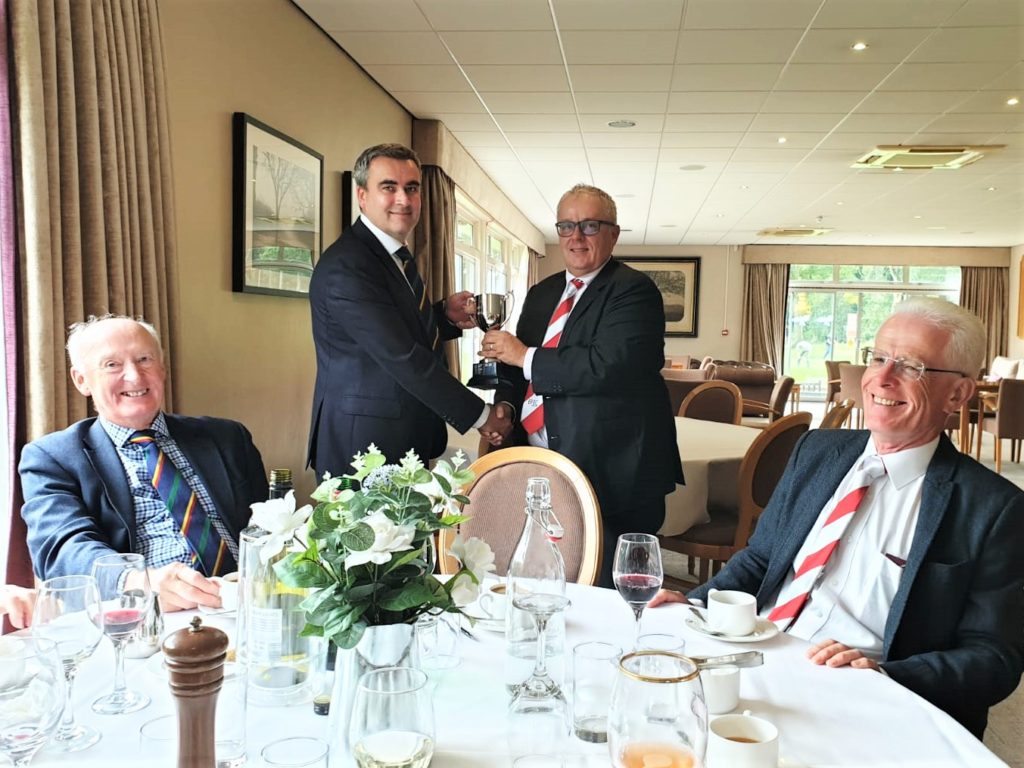 Adrian Peacock (BAGS Captain accepts the Cup from Neil Blundy . Also pictured Ray Gardner – President BAGS and past long time Secretary and Neil Meixner who endured some serious abuse from Neil Blundy regarding his contribution to their half or should we say the “Captain’s Half”

A great time was had by all but we still haven’t won!! Two drawn matches in the 10 years we’ve been trying. Next year Iain Stevenson will lead us to Victory!! When victory comes it will be all the sweeter!!!!!