Skip to content
Congratulations to “Captain Fantastic” – Jason Wood for leading the EPIC team to a resounding 4-2 victory against the BAGS and thus securing our first ever WIN!!
The day started with sleet and snow and we feared the worst. The wind didn’t abate but fortunately the sun shone on us. It was a very hard fought contest with good sport on all sides.
It was tense awaiting the last match as EPIC were 3-2 up but all was well with a victory for Steve Davies and James Barrett 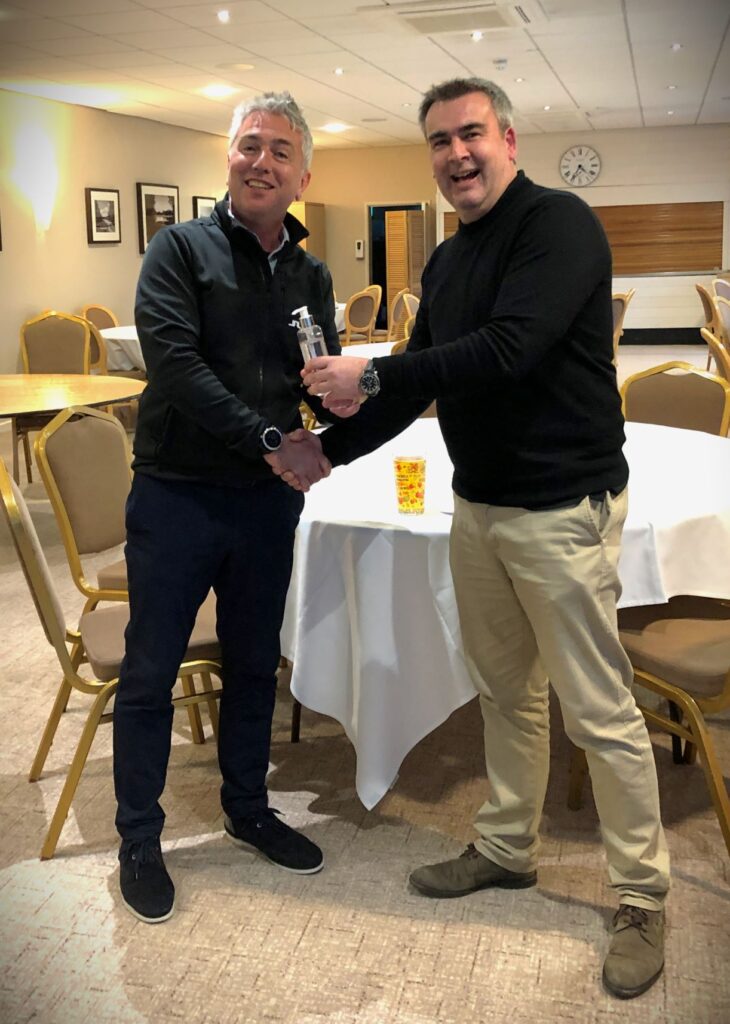 ​
Pictured here is the BAGS Captain presenting Jason with the winners temporary ​”Hand Sanitiser” trophy in lieu of the real thing, which was left at home by the BAGS.
​
As Jason said “The Bags will have some respect for EPIC now and the competition will get feisty in future years!!”
The role of honour and securing our victory
Oliver Tobing and Digby Hebbard WIN – 1 up
Rob Seeley and John Biscoe  WIN – 1 up
Joel Evans and Michael Trott WIN – 6&5
Steve Davies and James Barrett – WIN 6&4
Losses from Matthew Jones and Iain Stevenson 4&2 and Jason Wood and Neil Meixner 3&2 didn’t dampen the celebrations!!
There were some very close matches but particularly well done to the first two groups winning by 1 hole each which proved decisive in this EPIC victory!!