16 members took to the sky including 4 new tourists to enjoy the delights of La Cala golf resort and spa in southern Spain!! 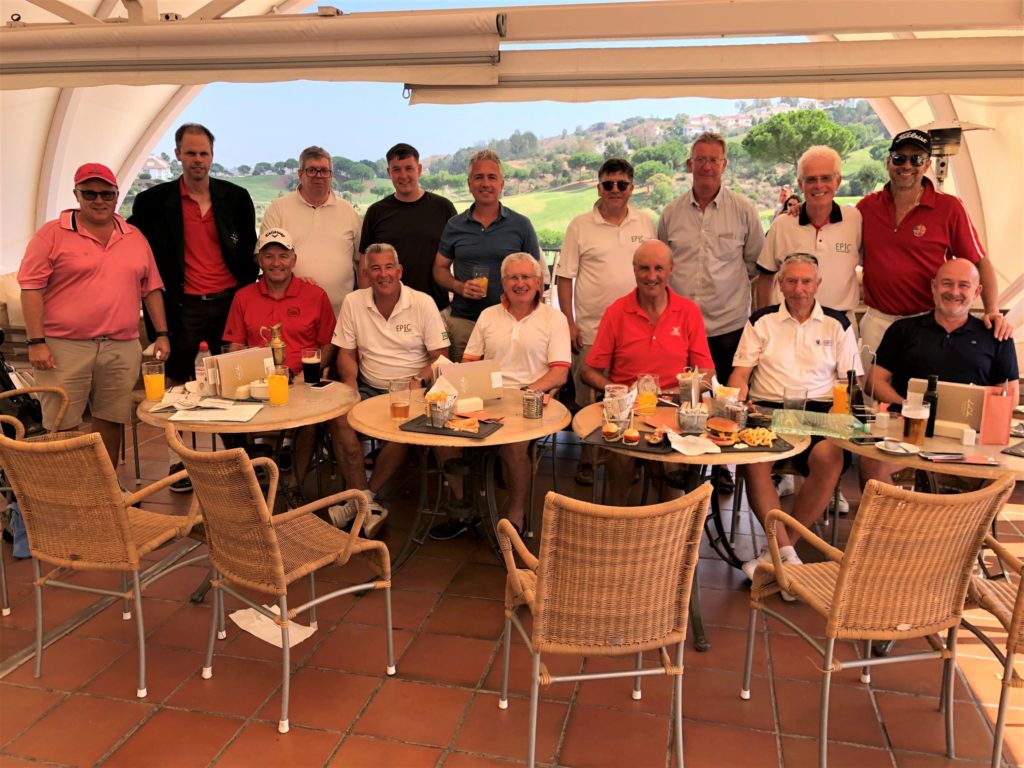 The weather was fantastic considering the deluge that befell Murcia just up the coast from us. We had the most spectacular of thunderstorms but fortunately during the night and although some major damage was done to the bunkers the courses were eminently playable. 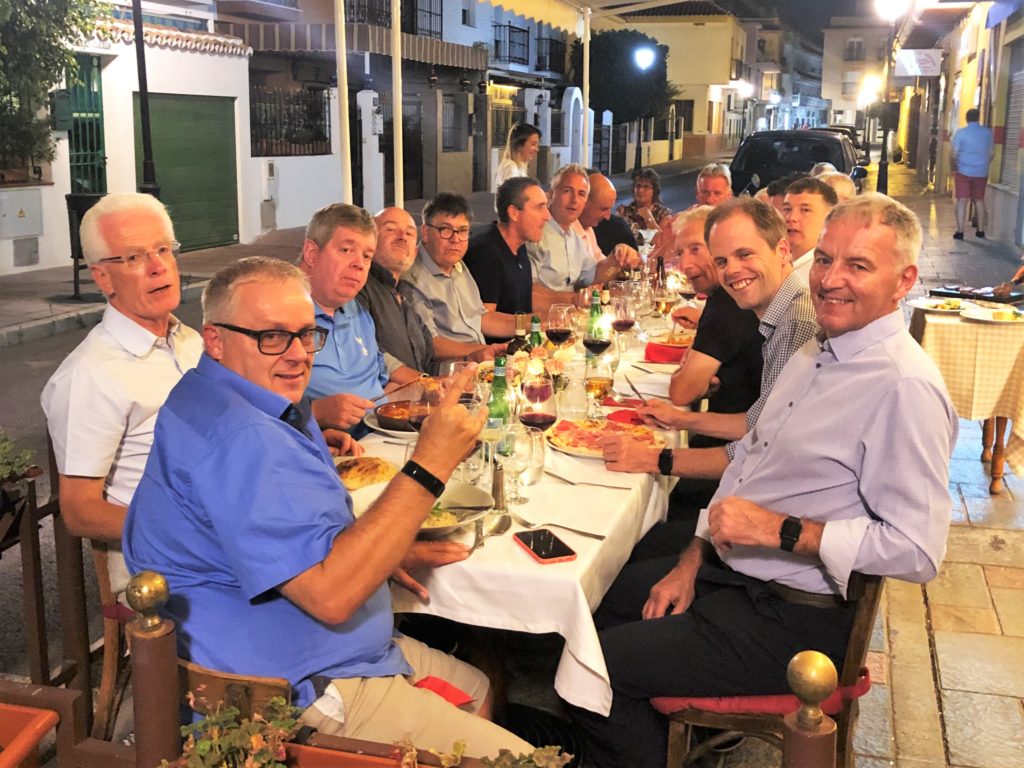 A good time was had by all and a serious amount of wind up and banter was given and taken, encouraged by Captain Neil Blundy.

The Captain’s and acting Vice-Captain’s Teams pitted themselves against each other over two days of better ball and a final day singles competition. I’d like to say it was as close as the recent US v Europe Ryder Cup encounters but that was not the case with the Captains Team running away 12-4 winners

The individual competition for the Green Jacket and Claret Jug was a close run affair until the last few holes when Neil Blundy  (92 points over 3 days) and Steve Haley (94) lost out to Rob Seeley (98). 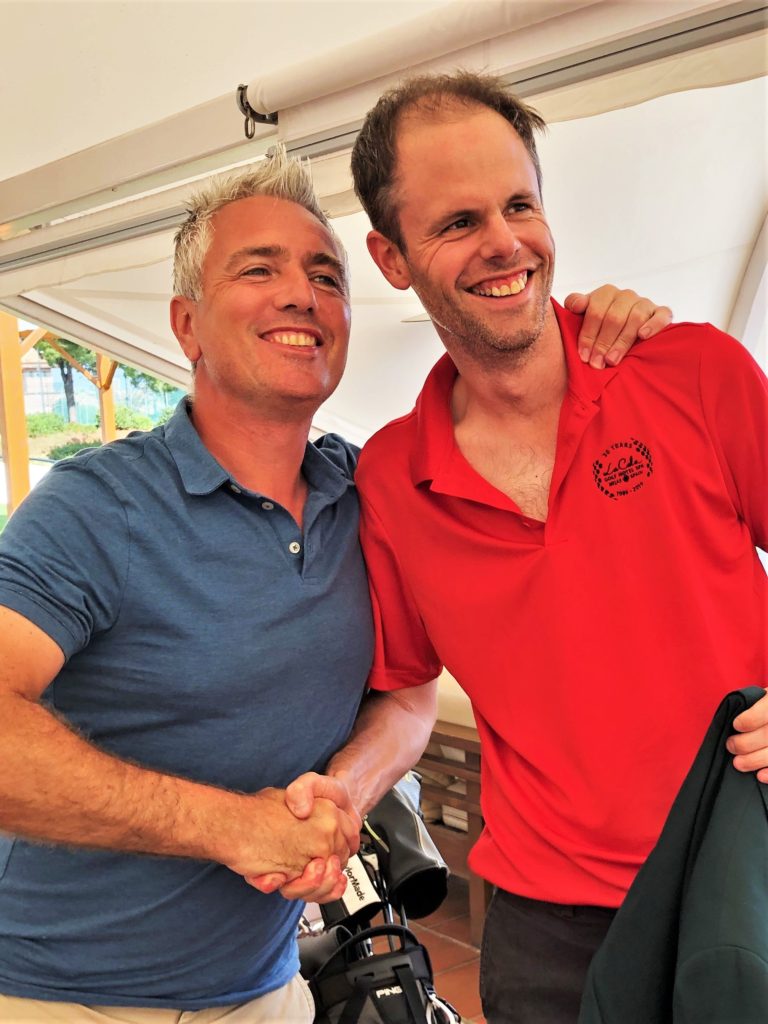 Last Years winner and acting Vice-Captain presenting the Green Jacket to Rob Seeley . Congratulations to you Rob on 3 great rounds 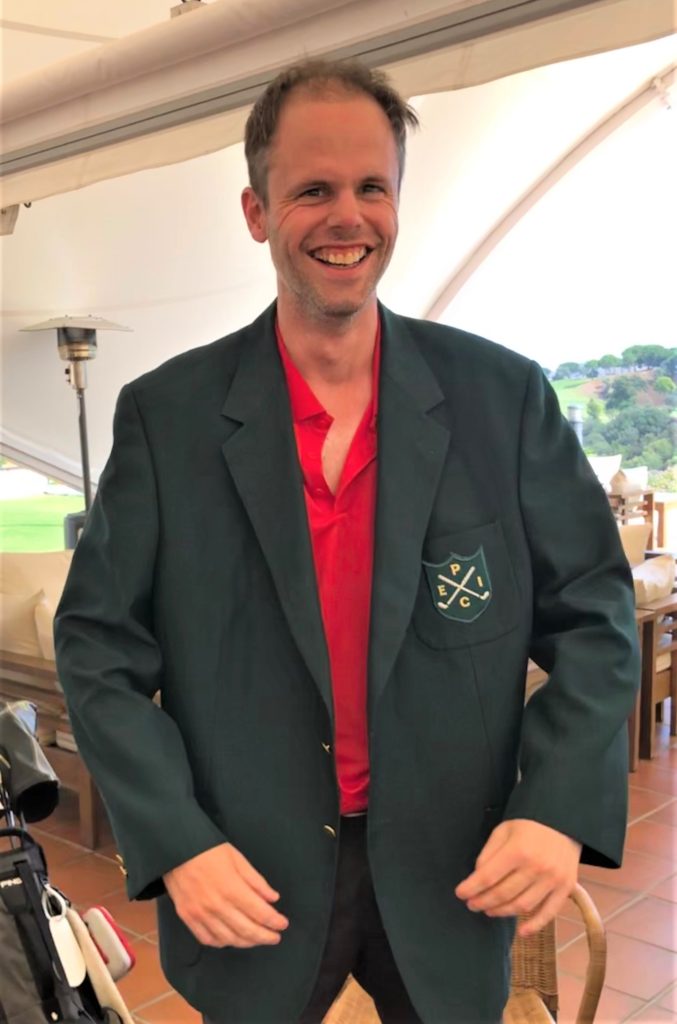 The Jacket fits where it touches.

I am sure all tourist echo my thanks to Neil Blundy for a great venue and faultless arrangements which made it a pleasure as usual to tour.

Next year’s Captain has to go some to match that!!

One thought on “The Tour – La Cala Spain”